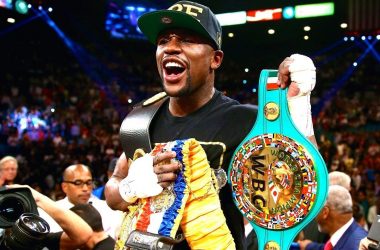 Cash Rules Everything Around Me: The Fighter of the Decade: Floyd Mayweather – RELOADED

This past decade was indeed defined as the Money Era. Future Hall of Famer Floyd “Money” Mayweather (50-0, 27 KO’s) showed the world money reigns supreme. His presence and precedent was set in previous decades. As a dominating force since the 1990s, back when he was known as “Pretty Boy,” Mayweather captured accolades, bank rolls and world[Read More…]