2 weeks ago
PS Plus, Extra and Premium North America Launch
3 months ago
Mikaela Mayer’s Dominant Defense and her Collision Course – HERstory
3 months ago
Full Circle: From the Trials to the Olympics to the Title – RELOADED
4 months ago
The Excellence of Execution: Terence Crawford
4 months ago
The Hard Way, The Shawn Porter Way 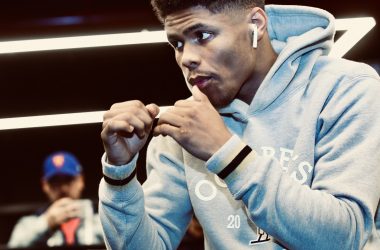 Full Circle: From the Trials to the Olympics to the Title – RELOADED

Roughly four years ago, Shakur Stevenson (13-0, 7 KO’s) was fighting for a spot on the 2016 United States Olympic team roster, facing off against and defeating the talented Ruben Villa to earn his position on the team. The U.S. Olympic Boxing Trials, held at the Reno-Sparks Convention Center, was[Read More…]